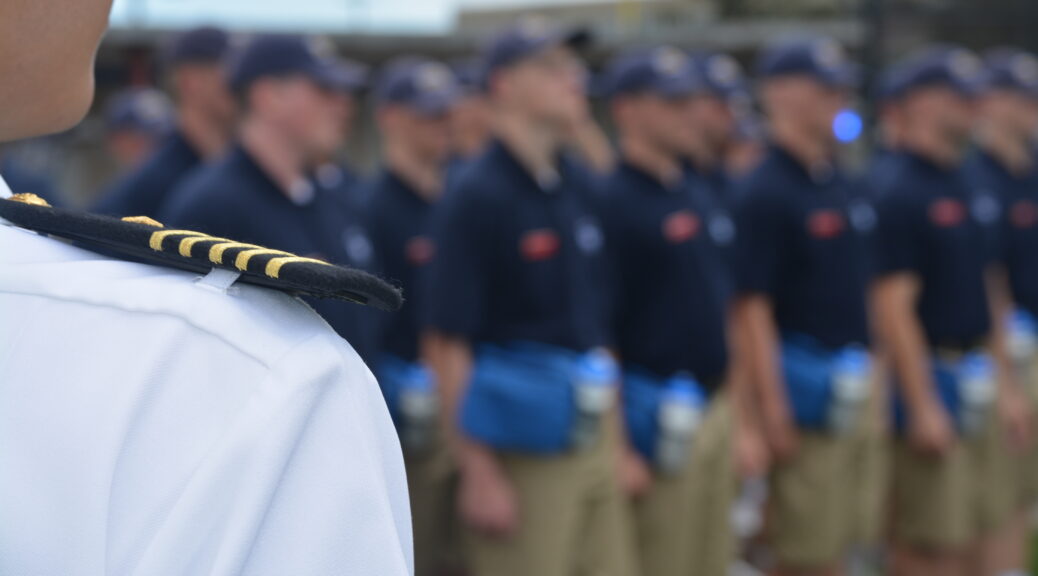 The Cadet Candidates have completed the first week of the Orientation Program. The ground rules, expectations, and standards have been set, and the Youngies know the action that needs to be taken. For the final week of Orientation, the expectations have been set high and the Cadet Candidates must execute. Moving forward, every day is focused on the perfection of the Company’s morale and harnessing everything that they have been taught by their Squad Leaders and Senior Staff. The companies will have to work together as a team to accomplish the tasks ahead.

Different Cadet Candidates talk to the rest of the company. Talking about their thoughts and opinions about their experience with Orientation so far, collaborating on how they can improve their overall performance, and motivating each other to give it all they have for the rest of Orientation.

Patio sessions have gotten increasingly difficult since the beginning of Orientation. The Regimental Staff has been testing the Youngies on the traits of a leader, the Academy Honor code, the Joseph P. Kennedy Quote, the “Inspection Spout”, and the “Youngie Function”.

Perfection of marching is essential to the betterment of a Company, it shows unity and cohesiveness. The Cadet Candidates continue to practice their commands, facing movements, and presentability.